So here we are on the eve of another season of the Best League in the World (TM Sky Sports) following the fortunes of the Greatest Football Club in the World (TM MUTV). It is as good a time as any both to reflect on last season and look ahead to the coming campaign as we find ourselves straddled with one foot still glorying in the successful capture of title number nineteen whilst tentatively stepping into the ‘unknown.’ The ‘unknown’ very much characterises what lies ahead for this season. In this two-part post I’m going to consider two key questions that I personally feel will shape Manchester United’s fortunes over the next ten months both on and off the pitch.

1) Have the Glazers won the war?

On one jubilant night at Old Trafford the gesture of a returning son seemed to encapsulate the momentum that would surely result in the demise of our Yankee overlords and a new dawn of fan friendly ownership. The image of Beckham adorned in green and gold is a powerful one yet already appears destined for the photo album marked ‘nostalgia.’ Since that tempestuous night the team have regained their status as the best in the land, Old Trafford has continued to enjoy booming (if mute) attendances and thanks in no small part to the inspired recruitment of a fresh-faced Mexican the brand has strengthened its grip on global markets. There are several potential explanations for the stalling of the protest bandwagon; the ease with which passionate fans boycotting the ground have been replaced with Megastore clad day-trippers, the natural lack of inclination to rock the boat whilst the team enjoys success and the absence of an alternative amounting to more than an oil rich sugar daddy are just three of many. The most consistent protests over the summer have generally been outrage at the failure to bring in a computer game cover star rather than an expression of concern over the continued financial stability of our club. 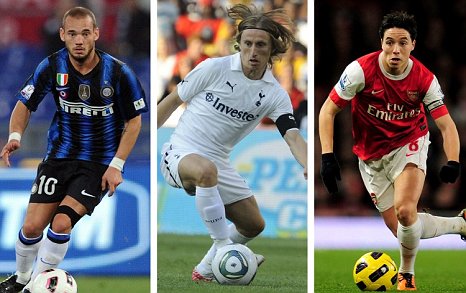 The common response to accusations of Glazer frugality has been to point to the substantial sums invested in younger players earlier in the summer. They may not be the global megastars that bored fans seem to yearn for over their summer holidays but £50m is a substantial outlay. The recruitment of three players whose best years are ahead of them fits with the Glazer model and the potential of a future £50m move to Real Madrid for England captain Phil Jones or world-class stopper David de Gea might well have been in the thinking when sanctioning those purchases. The fear though that United might become a selling club has been credibly assuaged by the lack of significant sums for the players exiting Old Trafford. Mooted big money moves for Rooney and Hernandez from the continent have been exposed as mischief-making; instead the departures of five squad members (so far) have been for minimal renumeration in terms of fees. Where the savings have been made however have been wages as the brilliant Andy Green calculates on his must-read blog:

The tedious Sneijder saga that has been infecting our newsfeeds increasingly appears to centre around the issue of wages. The finances are in place to meet Inter’s asking price yet the facility to match or raise the player’s net weekly wage does not seem possible. If the estimated figures are accurate then the acquisition of Sneijder would wipe out the net savings made on wages over the summer. Whether accurate or not Gazzetta Dello Sport’s claim that City have jumped to the head of the queue seems credible given the willingness of our neighbours to pay handsome wages in contrast to our own financial status. It is a frustrating characteristic of many football fans that transfer fees are debated ad nauseam yet the longer commitment in terms of weekly wage is an after thought. If the fabled trio of Pogba, Tunnicliffe and Morrison are destined to come into the first team equation within the next 18 months then it would make little business sense to commit to the approximately ten million pounds per season it would cost to make the twenty-seven year old a new employee. It is fair to predict that were the young talents to make the successful transition to the first team they would enthusiastically accept the significant wage rise as a reward for their progress. It is equally fair to predict that those wage rises would not come close to registering on the Sneijder scale. As evidence I point to a man who emerged from the youth system, could rightly claim to be amongst the top five players in his position in the world for a sustained period, taking home a full ten thousand pounds per week less than a player brought into to increase competition for Nani and Valencia. Development of the young is not only great for the image of the club but perhaps more significantly for the FFP era – the bank balance. The Glazers – as things stand – have performed a neat trick this summer by appearing to open the coffers yet actually make savings in a key area. They could even sanction the signing of a ‘big player’, pay £150k per week yet still consider the summer a successful cost cutting exercise. In terms of the merchandising potential of bringing in a big star there is no longer a pressing need – the young Mexican has ensured that shirt sales will continue to soar. If no such star arrives there will certainly be grumbles amongst the support but little grounds for a more volatile rebellion.

A major unknown for the coming season is whether the seeming acquiescence to the Glazer regime is here to stay. Whilst we continue to succeed on the pitch, and our genius manager continues to coo lovingly about the fine performance of the men that pay his salary, I suspect the only venue where green and gold will be anything more than a token presence will be Carrow Road. It would be interesting to see if (heaven forbid) fortunes on the pitch went into decline whether the drum of protest will reverberate again. Imagine – if you can bear it – the horrible scenario that our number ten crushes his foot again, our fearless Serb suffers a serious injury, or our new goalkeeper drops a series of clangers whilst the noisy neighbours buoyed by Silva, Toure and Aguero gallop off into the distance. Would the ensuing frustration see collective ire once again turn towards the boardroom? Would Old Trafford abandon the embarassing ‘do what we want’ chant and unite behind a cry for change at the top? Perhaps, but whilst several supporters continue to congregate on the tennis court all indications are that the Bastille will remain blissfully secure.