Louis van Gaal has only been in the Manchester United job for a short period of time, but he is already stamping his authority on the team. None better than going all pre-season unbeaten and beating Liverpool 3-1 in the final over in Miami.

It has been a whirlwind summer for Louis van Gaal, taking his Netherlands national side to the third place in this summers World Cup over in Brazil, to then have no holiday time, to take charge of Manchester United on their US tour. Van Gaal has not only had his hands full with all the game-time over in the US, the club have had to cope with up to 120 commercial activities while in the States too.

Manchester United had an impressive few weeks in the US, beating off AS Roma, Inter Milan and Real Madrid in the run up to the final against Liverpool in the Guinness International Challenge Cup, United coming out 3-1 winners at the Sun Life Stadium in Miami.

Louis van Gaal was happy to win the trophy, but admits that he and the club are now looking forward to the new Premier League season, he said:

“We gave a lot of pleasure to our fans. But the most important game is against Swansea.”

Below is a gallery of Manchester United’s pictures, courtesy of Getty Images and manutd.com 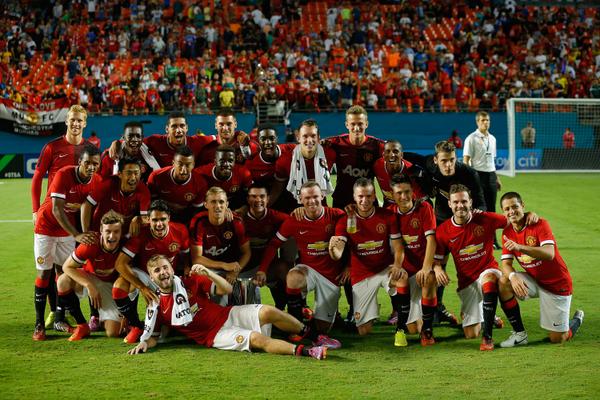 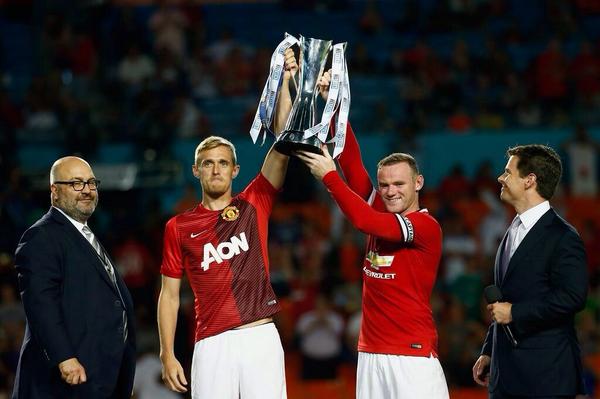