Jose Mourinho could be announced as the next United manager in the next few hours if reports emanating from Italy are to be believed.

Sky Italia are reporting that the Special One will replace Louis van Gaal in the Old Trafford dugout following the Dutchman’s poor showing in the league this season. Despite getting to the FA Cup final United are almost certain to miss out on Champions League football unless Swansea City beat Manchester City this weekend and the Reds defeat Bournemouth.

According to reports by Sky Italia: “Jose Mourinho will be the next manager of Manchester United…at the moment not yet the official agreement but it would seem only a matter of hours.”

With many Reds fed up with van Gaal’s sides lack of goals and the struggle for Champions League qualification should the manager be replaced by Jose Mourinho then not many fans would complain. The rumours that Mourinho will be arriving at United this Summer have been going on for months but perhaps now they are becoming more than just speculation. 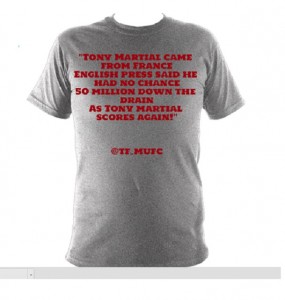