Manchester United have made an official bid of €85m for Bayern Munich forward Thomas Muller according to German paper Bild.

United have flirted with a move for Muller all summer with reports of an outlandish bids of €100m back in July.

Whilst the authenticity of that report was not verified, Bild have gone big on a reported €85m (£60m) United bid for Muller.

Over the weekend reports emerged that Muller was open to joining United, prompting United to splash the cash on the World Cup winning star in a deal that would see him edge Angel Di Maria as United’s most expensive signing.

This isn’t United’s first move for Muller with the 25 year old confirming that United made an approach for him last summer, but he rejected an ‘astronomical’ offer:

“Of course – I was aware I could theoretically earn more with a transfer.

“The sums that were standing by from foreign clubs were already astronomical. I can only say that a change was never really an issue anyway.”

Bayern chief Karl-Heinz Rummenigge has previously said that Bastian Schweinsteiger would be the only Bayern player to head to Old Trafford this summer, labelling Muller priceless:

“There are players who don’t have a price tag. We would have lost our senses if we allowed such a player to leave.”

But with United returning with a new offer, could Bayern bet tempted to part with the Bavarian born attacker? And could the prospect of linking up with the manager that gave him his break at Bayern tempt Muller into a move to Old Trafford?

With just weeks to go until the transfer window closes, this deal could be interesting! 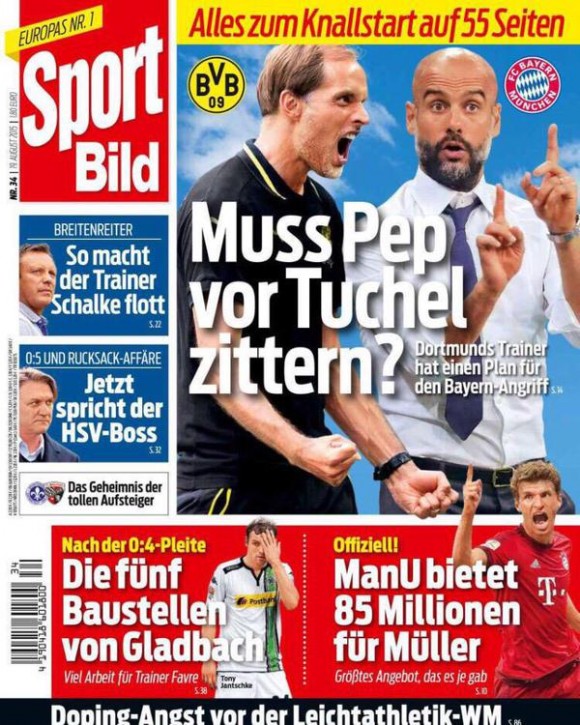