With Angel Di Maria’s move to PSG seemingly wrapped up, Manchester United have already set about replacing the outbound winger with Barcelona’s Pedro the man to fill his spot.

United’s interest in the 27 year old has dominated papers in recent weeks, but United and Barca are still yet to come to an agreement for his fee.

But Marca claim that despite a difference in opinion on the fee, United opened bidding at €25m whilst Barcelona are expecting a figure somewhere in the €30m range, it is a case of when not if for the attacker. 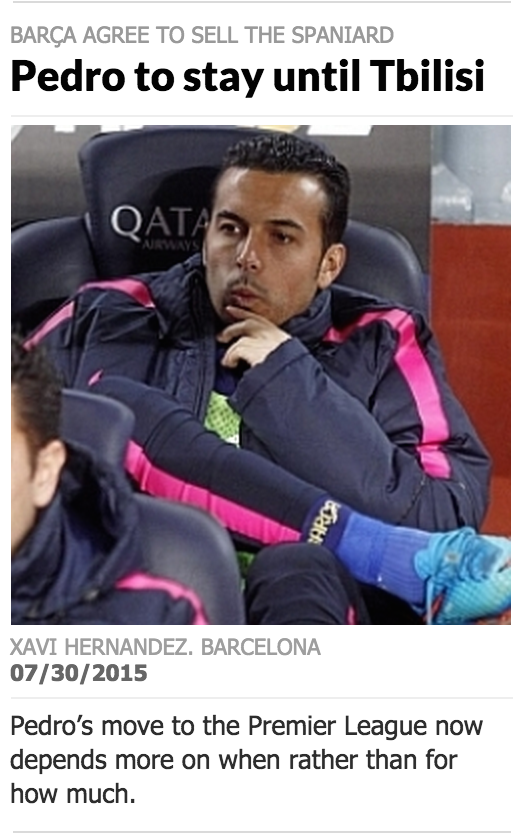 His transfer fee has been more or less agreed. United kicked off negotiations with a 25m euros bid in the knowledge that Barcelona will sell for about 30m euros to 32m euros including add-ons. Despite Luis Enrique’s initial opposition to losing Pedro, negotiations will not be too complex when it comes to numbers.

Therefore, with the transfer fee all but agreed, all that’s missing is a timeline.

The when has been mentioned before with United wanting him in before the season starts, whilst Barca want to hold on to him until after the Uefa Super Cup against Sevilla on July 11th.

Minor details it seems in the transfer of the Tenerife born player.