Manchester United could be about to sign, Hoffenheim midfielder Roberto Firmino after United scout Peter Braund was snapped with his agent.

Firmino who can also play wide as well as further forward has a 14.5m buyout clause and with United having watched him a number of times, The Daily Mail believe United are ready to activate it.

The 23 year old is also being monitored by Wolfsburg and Bayern in Germany whilst domestically United may have to compete with Arsenal, Liverpool and Everton with the Brazilian scoring 6 goals from midfield this season, a downturn on an impressive campaign last year that saw him score 22 goals. 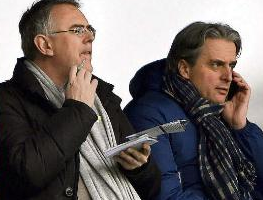