Danny Welbeck still a Manchester United player? No, but according to England he is.

Roy Hodgson released a list on Thursday with the players in which he has selected to represent England in next week’s Euro 2016 qualifiers, with a typo mistake involving Danny Welbeck’s club.

The England forward, who scored a hat-trick just the night before for Arsenal, left Manchester United on the transfer deadline day to join the Gunners for £16million.

Despite having been an official Arsenal player for just over a month, Danny Welbeck was still deemed part of Louis van Gaal’s Manchester United setup on the team-sheet distributed by the FA to the media.

The England fail, was reported on social media by a number of journalists, posting the following image of the squad sheet: 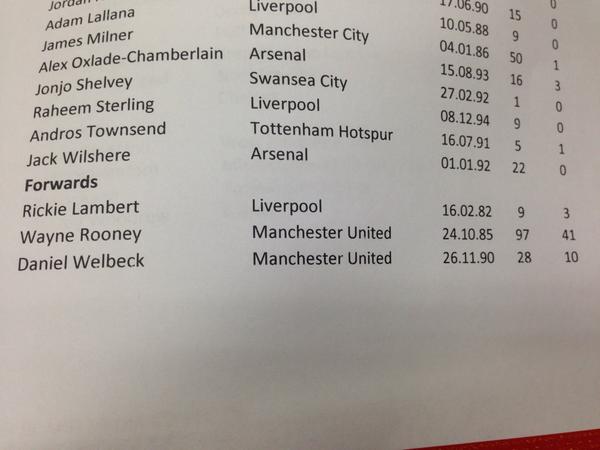