Manchester United fans favourite Juan Mata posted a fantastic team spirit photograph over his social media on Friday evening, stating that the team were ‘Ready for tomorrow!’ where the reds face Hull City at Old Trafford.

The picture was taken after Manchester United’s afternoon training session and the AoN Training Centre and included Radamel Falcao, who Louis van Gaal said during his press conference earlier in the day that he could feature in the squad against Hull, as they need strikers.

“Falcao is not ready. It is the same thing with Evans. When you are out of the running for so long and not training with your fellow players and only running because of the injury, one week of training sessions is not sufficient to develop match rhythm. I need strikers now, so maybe he is in the 18.”

Below, the picture posted by Juan Mata on Twitter: 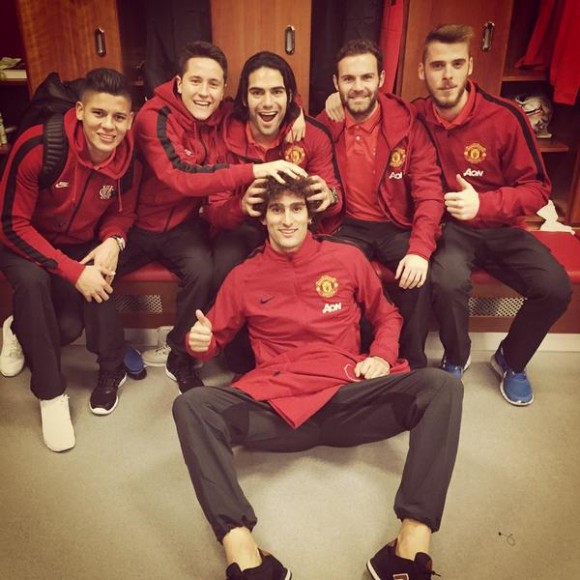