Manchester United will collide against Burnley away from home in a while. Who will come out on top?

The starting lineups are out and as far as the Red Devils are concerned, Jose Mourinho has made a few changes in the team that started vs Tottenham Hotspur last weekend.

Swedish international Victor Lindelof starts in place of Phil Jones, who is injured at the moment. Summer signing Fred finds himself on the bench today and he has been replaced by Fellaini in the midfield.

On the other hand, Chilean star Alexis Sanchez has returned in the attack for the Old Trafford club. 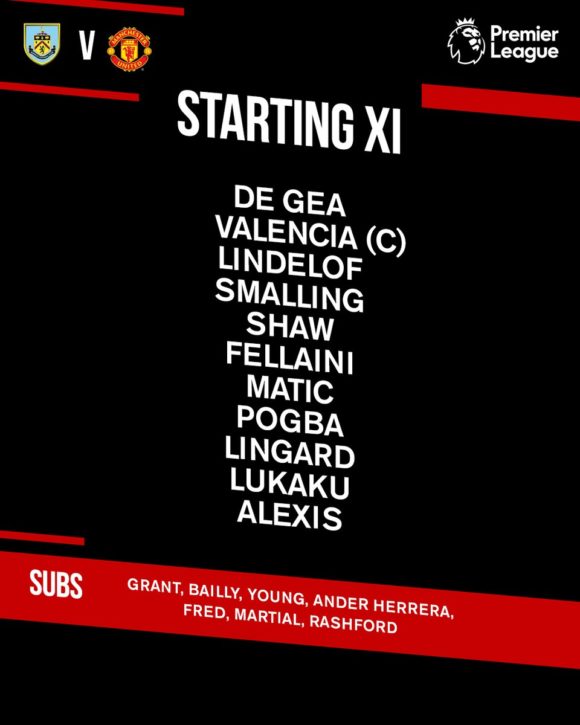