With Angel Di Maria’s move to PSG all but confirmed, it means Manchester United’s move for Pedro can finally go ahead.

A host of papers claim the move, which has seemingly dragged on for weeks, is near completion with Van Gaal promising the 28 year old a place in an attacking front 3 with Memphis Depay and Wayne Rooney.

But whilst The Telegraph claim that United’s will see the deal done at £22m, The Sun claim that £20m will get the job done.

Infact so certain are The Sun that deal will be done, that the paper have already mocked up an image of the Barcelona man in a United top (Adidas won’t be happy as it’s the old Nike shirt, but minor details and all that).

Can’t wait to see him in the real (Adidas) thing! 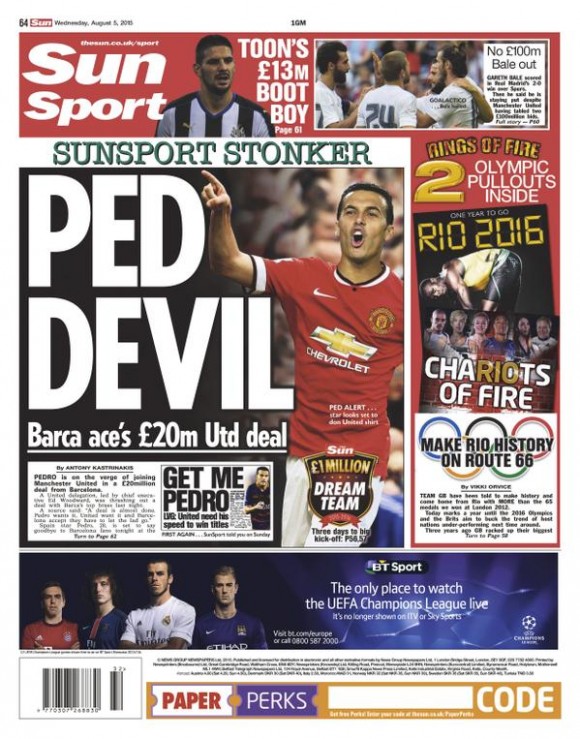