It has not been the best of season for Manchester United and injuries, but the club received some good news on Tuesday, as Brazilian defender Rafael da Silva had given a positive injury update after a cheekbone operation, giving the big thumbs up from his hospital bed.

Rafael Da Silva wet under the knife on Tuesday morning after suffering a fractured cheekbone in Manchester United’s 2-0 victory over Yeovil Town in the third round of the FA Cup, a fracture that he played on with.

The club had originally thought that the right-back would be out for up to six-weeks, but Rafael himself has confirmed that he will be back in training this Friday, amazing recovery. 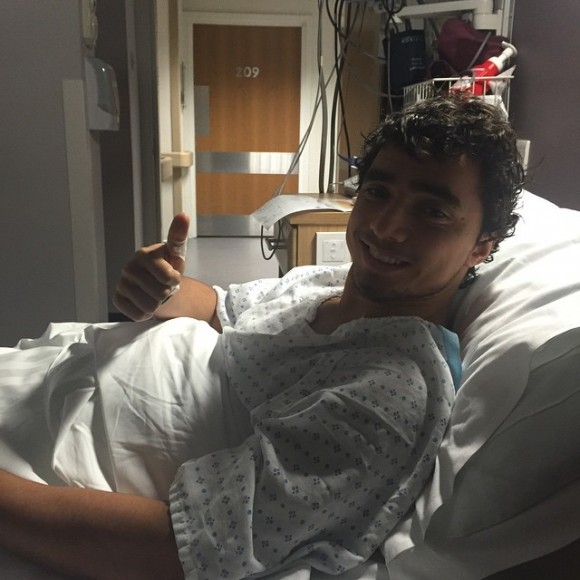 “Operation was perfect back training normal on Friday very happy. Thanks god for everything”