Manchester United are set to splash £40m on Harry Kane in an effort to solve their problem in front of goal.

Meanwhile at White Hart Lane hotshot Harry Kane became the first Tottenham player to score 30 goals in a season since Gary Lineker, with the 21 year old earning plaudits from everyone in a breakout season that saw goals agains most of the league top sides.

With Falcao gone and Van Persie reportedly on his way, United are in the market for goals and are reportedly lining up a £40m move for Kane.

£40m is big money for a relative novice but a number of papers are reporting that United will make the big money bid in an effort to force notoriously tough dealmaker Daniel Levy to accept. 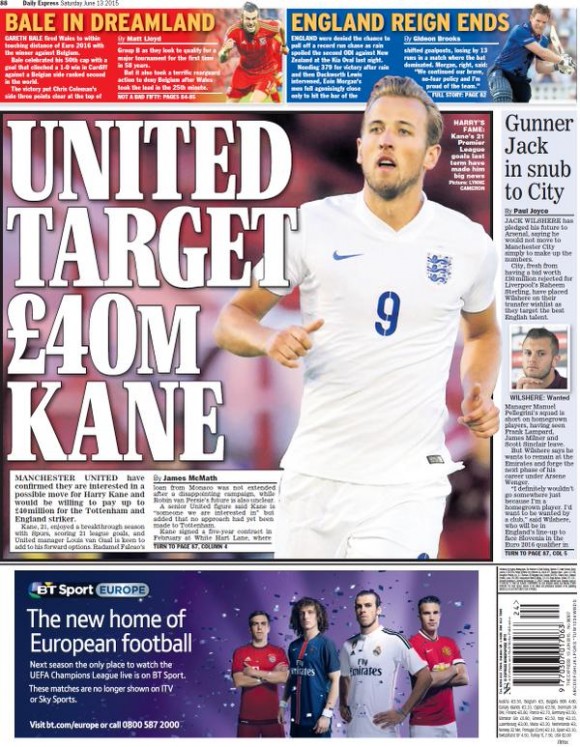 Kane might not be the only Spurs player to switch to Old Trafford this summer, with goalkeeper Hugo Lloris also reportedly a target.