Angel di Maria and Javier Hernandez are not the only transfers that has taken place between Real Madrid and Manchester United this summer, over the past few days both clubs have agreed a season-long loan deal for the talented Guillermo Varela from United.

Guillermo Varela was David Moyes’ first signing at Manchester United back in 2013, but now has made the move over to Spain to in the Real Madrid Castilla, which is run by coach Zinedine Zidane.

“A very complete player: powerful, fast and aggressive. A good defender who likes go forward. He is able to penetrate down the right side dangerously and is very strong as the last man.”

Pictured below, Guillermo Varela in his new Real Madrid kit ahead of his debut for the reserves this afternoon, Varela featured for 76 minutes and reportedly played well: 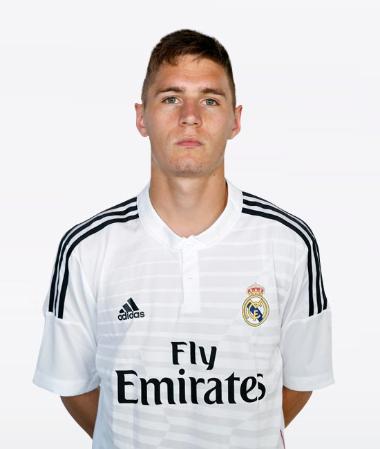