As commuters made their way to work in Manchester on Monday morning, they were met with a new HUGE Louis van Gaal poster around Piccadilly with a vectored photograph of the new United boss with the word’s ‘Welcome To Vanchester’ under.

No party or fans group have openly come out to claim the poster, which is similar to the one’s that Manchester City had plastered around the City with former red Carlos Tevez on, saying ‘Welcome to Manchester’

The 2013/14 season was a season of banners, signs and even plane messages, were not sure that ‘Welcome to Vanchester’ will take off with Manchester United fans for the new season, but this advertising campaign from a unknown source, will undoubtedly be unveiled soon enough.

Let us know your thoughts on the banner. 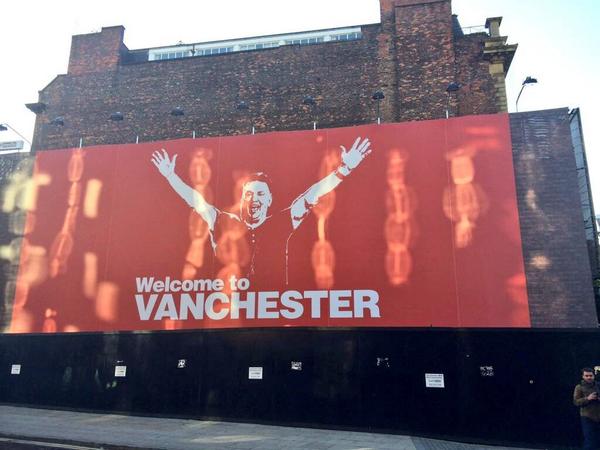