After losing their opening match of the season to Swansea City at Old Trafford, calls from the fans were for the club to make signings, and quick. On Wednesday, Manchester United completed the £16million signing of defender Marcos Rojo from Sporting Lisbon, with Luis Nani going the other way on loan.

Marcos Rojo was able to meet and train with his new team-mates on Thursday morning as he was present at Carrington, as the squad prepare for, what is now being described as their start of the season, against Sunderland at the Stadium of Light on Sunday.

Jonny Evans has returned to training with the first-team. Louis van Gaal has a press conference on Friday afternoon, so we’ll no doubt hear more about the signing of Marcos Rojo and whether he will make his debut this weekend.

Below, picture’s from Thursday mornings training session at the AoN training complex. 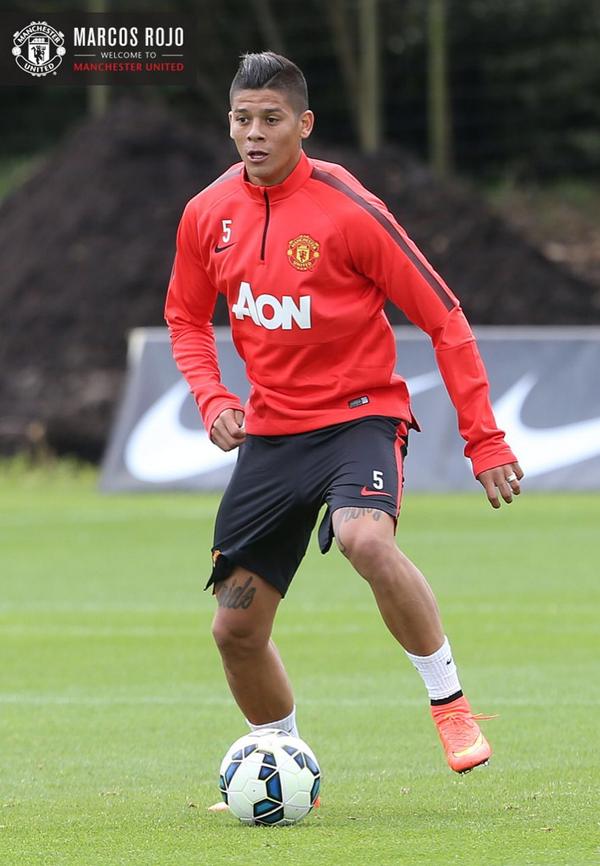