Whilst Manchester City’s rise to prominence over the last seven years has certainly added spice to their meetings with their red-shirted rivals, there’s still plenty of evidence to suggest that Liverpool is still the biggest, most ferociously contested derby when it comes to Manchester United. Games against the red half of Merseyside simply have more added bite, more intensity, despite City’s closer proximity to Old Trafford, and the rivalry between the fans has never calmed down despite the troubles that both sides have had in the last few years.

United’s trip to Anfield on Monday 17th October promises to be a fascinating contest, primarily because Liverpool have started this season in fine form, whereas Jose Mourinho’s side have stuttered somewhat, sitting five points behind Premier League leaders City. It’s a big game for United, one that the Portuguese will want to get right. With that in mind, here’s how we think his team should look: 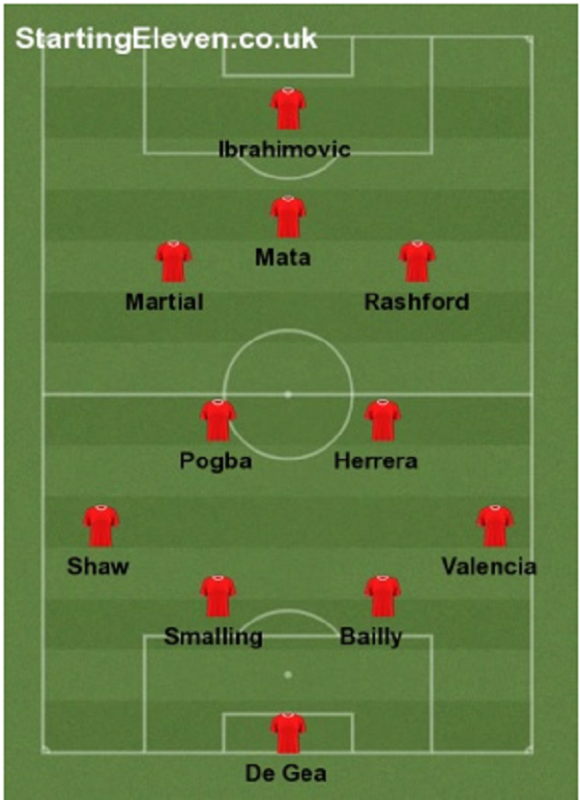 Most of the back four picks itself, and of course, David De Gea is a sure starter in goal in a match of such magnitude. The back four shouldn’t see any major changes, but one issue, with Mourinho likely to employ an approach based around United’s counter-attack, will be having pace on both wings. Antonio Valencia can provide that on the left, but Daley Blind won’t, not on the same level at least. If Luke Shaw is fit and available, he’s a natural choice for the left-hand side of defence because of his strength and pace.

Midfield shouldn’t require much in the way of tinkering; Ander Herrera has proven to be an adept defensive midfielder, and Paul Pogba’s licence to roam, break quickly and carry the ball will come in very handy.

Attack will likely provide Mourinho with something of a headache, however. Zlatan Ibrahimovic will certainly start up front, of course, but the problem becomes who to play behind him. HenrikhMkhitaryan would be a natural selection for this type of game if he were he fit and firing, but that isn’t the case at present, and Mourinho saw first-hand the dangers of dropping the Armenian into a big game when he selected him for the Manchester derby. In that sense, Juan Mata appears to be a more reliable option at number ten, purely because he has plenty of experience of this tie, and has been a big part of United’s more attacking style of late. Either side of Ibrahimovic should be Anthony Martial, who returned from injury with a bang last weekend, and Marcus Rashford to provide United with added pace on the wings that they will be missing centrally.