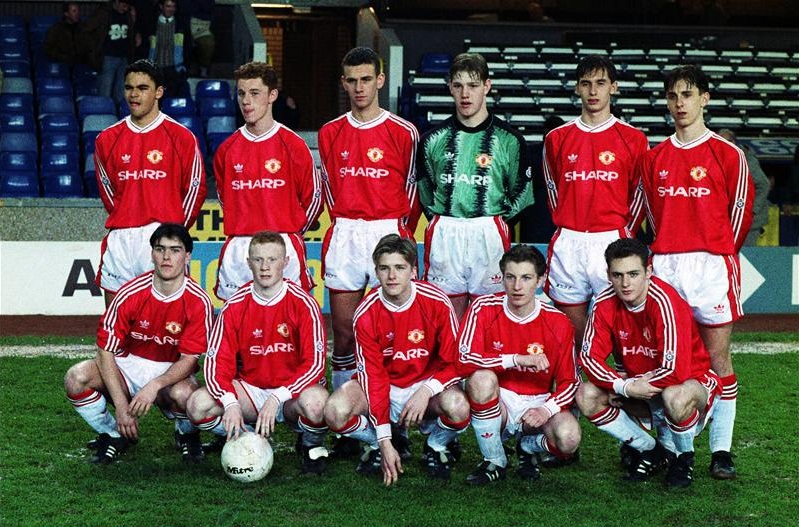 John Lennon once said that ‘life is what happens when you’re making other plans.’ He had a point. Fretting about the future comes naturally to me and my reaction to the events of Sunday was no different. Manchester really was blue; both the colour of the celebrating champions or the mood of distraught Reds. The fear that this was as close as we would be to glory for the foreseeable future felt unshakeable. ‘What if City dominate England? Europe? The world?!’ The foreboding sense was that the garish spectacle of trophies being paraded on the streets of Manchester by a glittering array of mercenaries was the shape of things to come. The future of Manchester United looked bleak.

I’m sure I’m not alone in having these thoughts but as the days have passed since Aguero sealed the inevitable, I’ve felt surprisingly at peace with the whole thing. Let them have their moment. Hell, let them enjoy many such days as year by year a limitless pot of money brings in the finest footballers to be moulded into a team. It might sound absurd coming from a supporter who has been fortunate enough to live through two decades of silverware but winning isn’t everything.

Two images from the football world over the last few days triggered this revelation.

One was Carlos Tevez embracing Samir Nasri, the famous crest of Manchester City prominent on his back. The pair are duly ecstatic at winning the league and rightly so. Both feel personal vindication in response to criticism of their behaviour both in seeking transfers to and away from the Etihad stadium. Both feel that they have proved themselves to be high calibre players at the top of their profession. Neither cares one bit about the shirt they are wearing. If they had become champions with Real Madrid, Chelsea, Barcelona or even Manchester United their feeling would be the same. (In the interests of balance, perhaps the same could be said of Wayne Rooney last May. A feeling of vindication at having agreed to stay at Old Trafford.) By way of contrast consider Ilker Muniain’s response to Atletico Madrid’s third goal in the Europa League final. A competition I derided on this very blog had a different connotation for the young Basque. A team with a unique sense of identity, that had been moulded by a coach who’s punishing physical demands they followed to the letter, had failed their final test. It was all too much for Muniain and the tears flowed. Now I’m not a mind reader, and may be doing Tevez and Nasri a gross disservice, but the reaction of Muniain appeared to juxtapose the self-aggrandising reaction of the City duo to success. Muniain’s collapse appeared to stem from genuine pain at failure for his teammates, his coach, and above all his club. I may be an unashamed, nostalgia junkie (otherwise known as a History teacher) but this moment resonated with me. It was a demonstration that the ability of football to inspire the most contrasting of emotions could still be true of players and not just the preserve of those in the stands.

So what has all this got to do with Manchester United? On the weekly United podcast I appear on (shameless plug: have a listen here) we reflected on our biggest positive of this season; no contest for me, Danny Welbeck. To have a local boy, developed through the academy, leading the line for our club is something to cherish. Just as we feel it is our club, it is also his. He only needs to look around the dressing room to see Ryan Giggs and Paul Scholes to see how special it is to serve a club that you are part of.

Not a brief employee, not a pit stop on a tour of Europe’s elite clubs, part of.

I want my club to be populated by players who know what it means to be a Manchester United player. It’s the very soul of our club. We’ve done it in the past, and we’ll do it in the future. That’s why win, lose or draw; I’d rather be a Red.