Last night speaking in his pre match presser, Van Gaal criticised Victor Valdes for a lack of professionalism having refused to play in United’s reserves.

Van Gaal said the former Barca keeper didn’t get his philosophy and would thus be shown the door.

But Valdes isn’t taking this lying down! He took to Instagram this morning to fire back at his manager with this image simply captioned “Respect?” 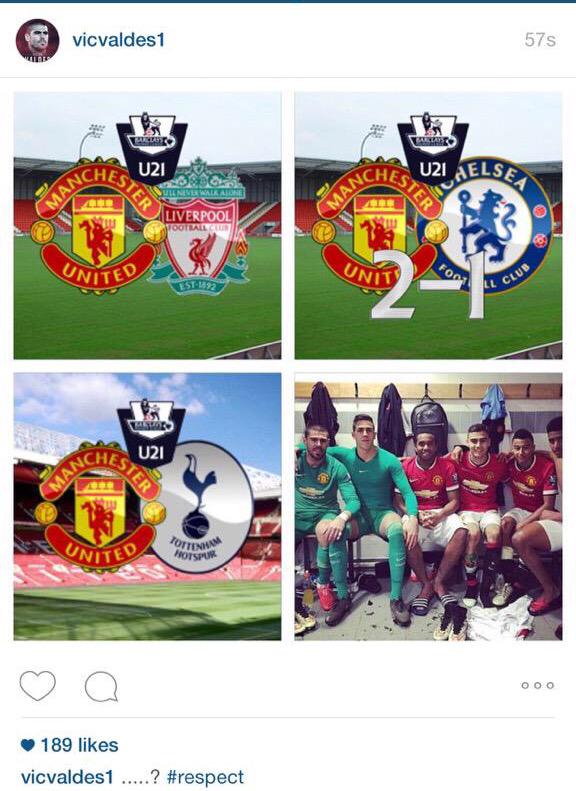 This one looks like it could get messy, hopefully Valdes’ move to Valencia is sorted sooner rather than later!