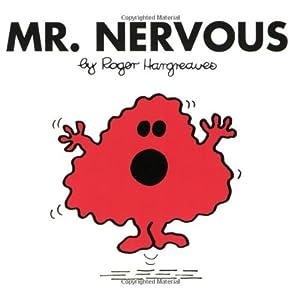 Since Sky created football the ‘Champions League’ final has been on a Wednesday night. Just a few days filled with reflecting on the end of the League season, sprinkled with some pre-game anxiety. Now thanks to UEFA us poor fans are inflicted with the best part of a week to deal with the fact that THE BIGGEST GAME IN THE WORLD (TM) is creeping up with protracted menace. This is a difficult reality to deal with and I’ll be honest, I’ve found it an ordeal.

I would liken this week to going to a gig which you know will either be a seminal moment in your life or a crushing disappointment. For example, I saw Bright Eyes play a mesmeric, astonishing set in Leeds yet when I saw them just a few months later at Glastonbury they were so abysmal I had to leave halfway through. Football finals have a similar hold over the emotions; for every Liverpool ’96 or Bayern Munich’99 there is the very real possibility of an Everton ’95 or a Barcelona ’09. I’ve always considered it preferential to lose in the semi-final rather than be the gallant runner-up. A loss in a final is horrendous – I’m reminded of Ferguson’s words at half-time at Camp Nou when he warned the players that they would have to walk past the trophy but couldn’t touch it unless they turned the game around. We are so close to sealing the most incredible season yet equally close to the abiding memory of a remarkable season being one of misery.

So how do you spend a week that you know will end in euphoria or dejection?

Tuesday offered the welcome distraction of Neville’s testimonial. It was with great joy that I wrapped myself in a warm blanket of nostalgia. Beckham, Butt, Scholes, Giggs lining up brought a lump to the throat yet by the same token the natural linkage of those players and glories past amplified my longing to experience that triumphant rush again. Thanks to this very blog reminiscing about trophy parades I was transported back to the glorious treble and it was both comforting and unsettling in equal measure.

Wednesday’s main event was the annual Staff Vs Sixth Form Leavers’ match which again brought a welcome distraction; yet even this comic traditional fixture brought nostalgia of ’99 as we stole a draw with a last gasp goal. The standard of that game could not have been further from the European Cup final – it barely resembled the same sport – yet in the emotional turmoil of this week in my mind linkage was logical.

Thursday saw me enter an angry phase of anxiety. Students were over-zealously disciplined for minor infringements, innocent fellow Reds were castigated on twitter for the grievous sin of omitting Carrick from their starting line up, and worst of all some so-called pundits actually dared to suggest we might win. I have no issue with journalists writing us off. A Daily Mail article promoting supporting Barcelona over ‘Bully’ Ferguson was a therapeutic few minutes. Yes please everyone, write us off. Let me kid myself that I would be content with a decent showing. Let me live the lie denying the fact that though my brain tells me we shouldn’t win my heart is unwilling to contemplate anything else.

I woke up today and checked my twitter (I know, utter geek) and the first tweet I read from @R_O_M was ‘Oh God. It’s tomorrow.’ That articulately encapsulated my attitude with characters to spare. In between bidding farewell to tearful students I have pretty much read anything that has been committed to the internet on tomorrow’s game in a forlorn hope that some how by being very well-informed I can reduce my own anxiety and in some way retake control of my emotions.

Who am I kidding? Tomorrow will be even worse. Kick off cannot come soon enough!