After reading some football headlines and talking to the more dramatic supporters, you might be inclined to believe the sky is falling on Man U. Indeed, the opening loss to Swansea City—it happened at Old Trafford, no less—was not exactly what we had in mind to start the campaign for redemption. Sure, the summer transfer window has yielded little to get excited about so far. However, with Louis Van Gaal at the helm and the club looking pretty sharp in preseason, we were all hoping for excellent play to start the season. We didn’t get an opening win, but there’s still plenty of reason for optimism. Here are three to think about.

Man U will spend a bit of time away from home in the coming weeks, and it goes without saying that road matches are always slightly more difficult. However, the early schedule for Man U is relatively light, which should give Van Gaal and Co. an opportunity to get on their feet and come together (hopefully with some new additions as well) before going up against the contenders. Man U supporters would certainly love to see a 3-0 defeat of Man City, Chelsea, or Arsenal right off the bat, but the truth is it will take time for United to get back to that level.

Man U’s upcoming fixtures include a match against middling Sunderland at the Stadium Of Light, and then consecutive matches against newly promoted opponents Burnley, QPR, and Leicester City (at Turf Moor, Old Trafford, and King Power Stadium respectively). No disrespect to these opponents—we’ve already been shocked by Swansea, after all, so anything can happen—but that early schedule almost gives Man U a chance to warm up for the tougher sides.

For reasonable supporters, it goes without saying that a single match in the first week of the season doesn’t dictate the rest of the year. But then again, English football supporters aren’t always described as being particularly reasonable! So, if you need some evidence to support the idea that all is not lost after a week one defeat at Old Trafford, take a lesson from history. Following Man U’s loss to Swansea, Betfair’s Premier League News section ran a post in which their Michael Lintorn recalled five convincing league title winners who suffered miserable opening days. Among the examples cited by Lintorn were the 1995-96 Man U club (which won the Premier League after an unexpected 3-1 opening loss to Aston Villa) and the more recent 2012-13 club (which lost 1-0 to Everton before wi
nning the league). The 2012-13 example is perhaps the most inspiring, because that loss to Everton came with a similar disappointment. It was an early speed bump in a quest for redemption, which at the time meant righting the ship after surrendering the 2011-12 lead to Man City down the stretch.

If you read our post on expectations for Man U this year following the Swansea loss, you may have noticed that we ultimately got around to talking about some potential transfers that could strengthen the club’s defense and midfield. But for those searching for optimism, it’s important to note that the potential transfers being discussed aren’t just hopes—they’re starting to look likely. In particular, Real Madrid’s Angel di Maria seems to have one foot in the door on his way to the EPL. 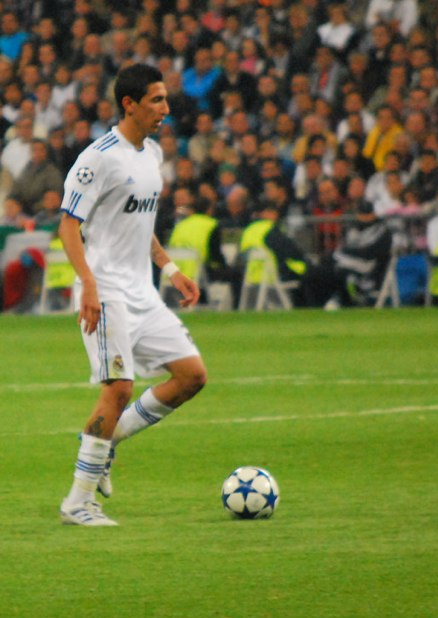 Talk Sport cited La Liga “transfer expert” Terry Gibson as calling a di Maria move to Man U likely. Gibson states that though Real Madrid is never shy to spend, the arrivals of James Rodriguez and Toni Kroos may have been early signs that di Maria is on his way out of Madrid and perhaps to the tune of £100 million. These are encouraging words, because di Maria is the type of signing the club appears to need.

If the next few weeks should go poorly, we’ll have to dig a little bit deeper for optimism. But for now, these factors should calm down those Man U supporters who are quick to panic.