Angel Di Maria’s better half, Jorgelina Cardoso, confirmed to a fan on social network site instagram that the Argentine has a small tear in his hamstring.

Di Maria limped off in the first half against Hull City with hamstring problem and was replaced by Ander Herrera. It was initially thought he was taken off as a precaution but his wife confirmed otherwise commenting, “hay un pequeno desgarro.” This translates to “There is a small tear.” 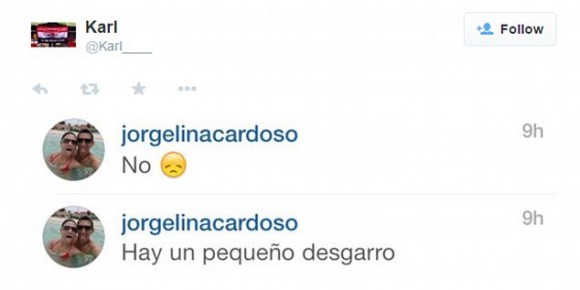 A small tear could rule Di Maria out for possibly a few weeks depending on the severity of the injury. This could mean the marksman is ruled out for the visit to Southampton and the crucial derby against Liverpool.

If Spaniard Ander Herrera continues where he left off against Hull then this will indeed soften the blow.However United need to keep injuries at arms length ,especially muscular ones. The reds have suffered 42 injuries this season prompting questions to be asked about the intensity of training methods.